This is a python console panel for use in DCCs with access to a python interpreter that have limited or no support for interacting with said interpreter. 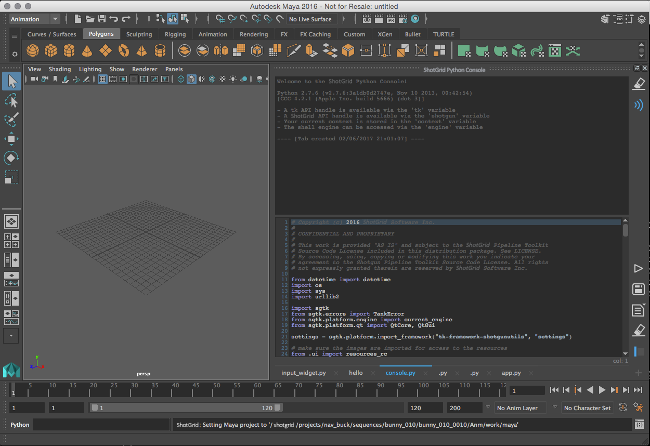 Once installed, the console is registered as a panel in the DCC and is available in the ShotGrid menu. In apps that support embedded Toolkit panels(maya, nuke, houdini), the console will display in a docked panel. When using with older versions of these DCCs or in a DCC that does not support panels, the console will simply be shown as a regular Toolkit dialog.

The python console displays one or more tabs, each containing an editor and an output window. New tabs can be created by clicking the + button in the bottom right hand corner. Tabs have an x button next to the tab name that allow you to delete the tab. Double clicking the tab itself will prompt you to enter a new name for the tab. Tabs can be rearranged via drag and drop. The state of the tabs is saved when the DCC is closed and restored on the next launch. 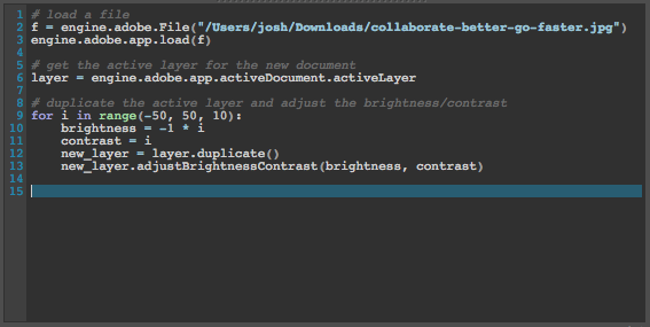 The console has an input area for editing python. The editor includes line numbers, highlights the cursor’s current line, and does some basic syntax highlighting. The console attempts to use the palette of the DCC to give it an integrated look and feel.

Block commenting and uncommenting is also supported. Select one or more lines and press cmd + / on Mac, ctrl + / for Windows and Linux. If any of the selected lines don’t have a # at the start it will add one to all selected lines. If all the lines do have a #, then it will remove them. 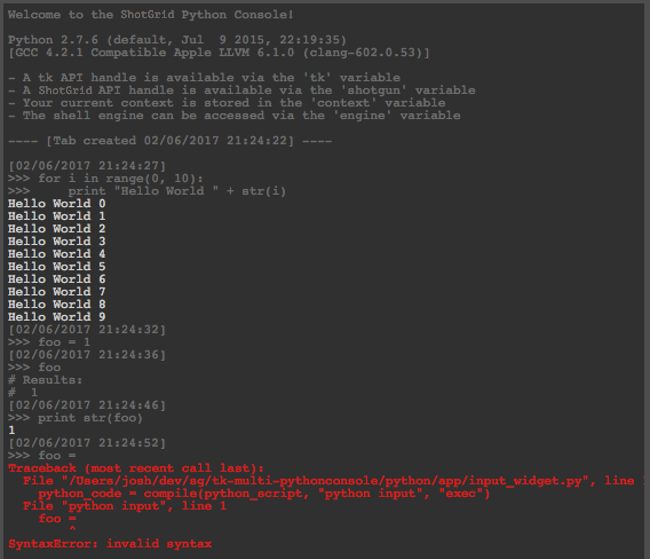 The output area displays the results of the executed python. Echoing the source python commands is turned on by default and is differentiated in the output by being prefixed with >>>. Each execution is also marked with a timestamp. There is a toggle for turning the echo off. Syntax and Runtime errors are shown in red with a full stack trace for debugging. 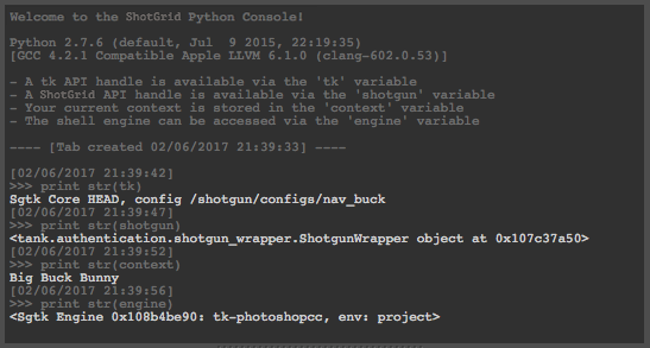 Some ShotGrid/Toolkit globals are pre-defined in the console, similar to what is available in the ShotGrid Engine for the shell.

The app comes with a hook that can be implemented to load python source from an external location. The hook is called external_sources_hook and requires implementing a method called get_external_source_actions. The method should return a list of QActions that, when triggered, add a new tab (with content)to the console. An example implementation is provided that loads gists from github for a list of predefined users. The actions returned by the hook are shown in the popup menu displayed when the Open button is pressed and held.

NOTE: These hotkeys may not be available in all DCCs.